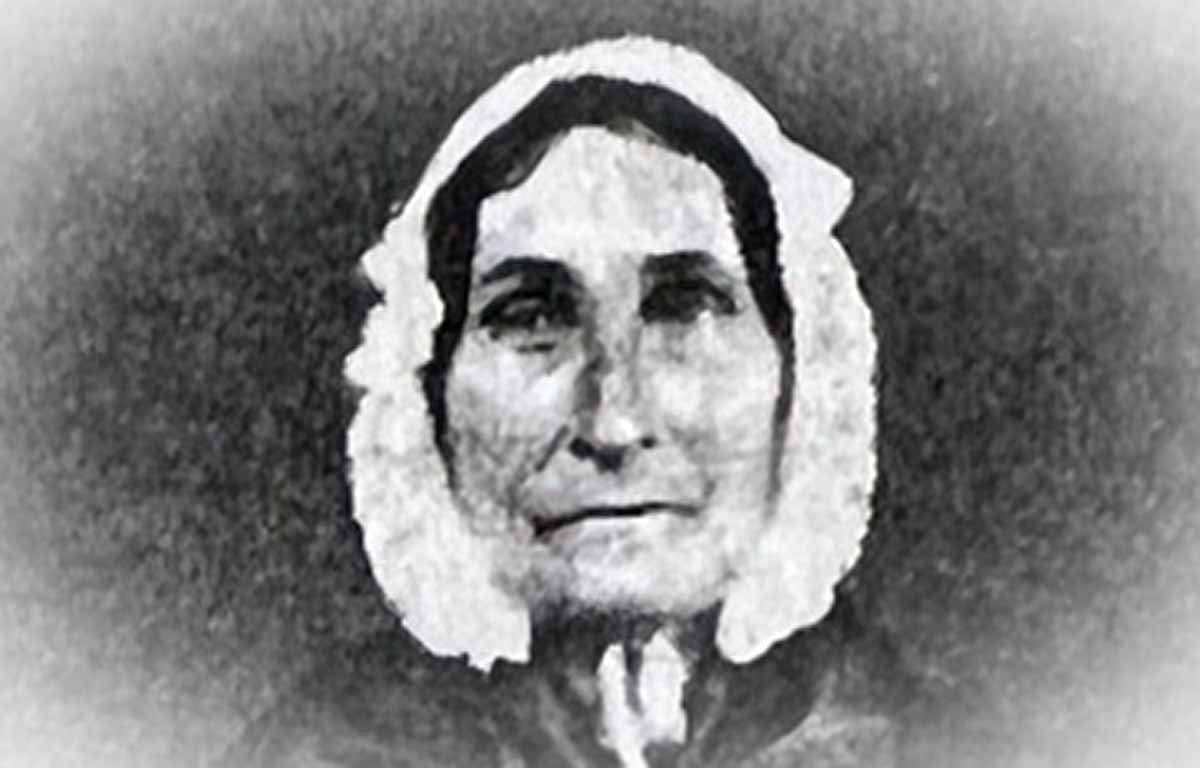 Elizabeth was born in Somerset, Pennsylvania, USA on Wednesday, April 3, 1793 to Jacob and Eva Plumb.

Her father, Jacob Plumb, was a blacksmith who spent time teaching a neighbor boy, Samuel Arnold, the trade. As the story goes, when Elizabeth was born, Samuel seems to have fallen instantly in love. He paid her much attention over the coming years, and as soon as possible, the feelings were mutual on Elizabeth’s part.

They resided but a very few miles from each other and their relation and admiration for each other made that distance of a few miles seem much shorter than it really was and made it much easier for them to get together the more frequently.

The young Miss Elizabeth, in her glowing and ever-increasing love for Samuel, on hearing of his coming over to her father’s house, would frequently don her bonnet and shawl and hasten down the road to meet him (sometimes fully halfway) coming on the road and then gleefully and rejoicingly return with him to her home.

At the age of 19, Elizabeth and Samuel were married in Somerset, Pennsylvania on May 13, 1812.

Children of Samuel and Elizabeth include:

Samuel and Elizabeth never lost their faith in God or the church; had all their children baptized in the faith, and it is said that the mother Elizabeth took her younger child Joseph when a babe, and rode fourteen miles on horseback to have him baptized.

There are to be seen now in the family burial lot on the Samuel Arnold farm in Sharon Center, Ohio, three tombstones which mark the graves of Samuel and Elizabeth Arnold and their first daughter Margaret. But the inscriptions thereon are so dim and so nearly obliterated with age in certain particulars as to be undeterminable. The official records of Medina County, Ohio, and Somerset County, Pa., give us the following:

This shows that Samuel’s age at death was 72 years, 9 months and 17 days. And that his wife Elizabeth was 85 years, 11 months and 23 days. Although thirty or more years intervened between their deaths, yet Elizabeth never married another and remained on the old homestead and died there at the appointed and above-mentioned date from a shock which she received from a fall. 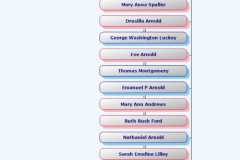 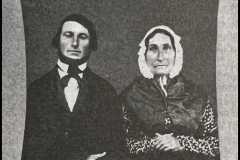 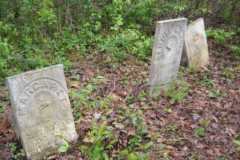 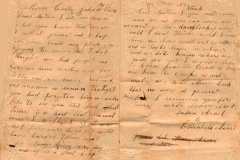