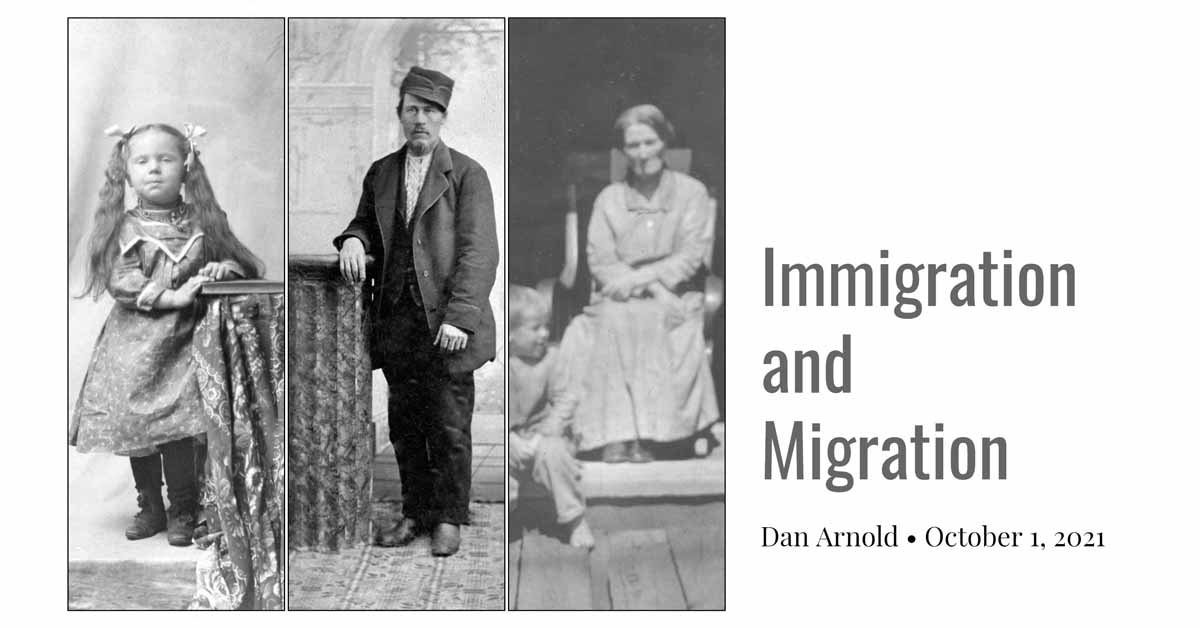 Today I was introduced as “Mr. Daniel” and had the privilege of presenting virtually to the fifth-graders at the American International School Vietnam in Ho Chi Minh City. Time constraints and the age of the audience forced me to keep things “short and sweet”, but here are the slides and a general idea of what was discussed:

The topic was Immigration and Migration and I used stories from my ancestors and pictures from ArnoldWorld and emphasized the importance of writing down our stories for future generations. 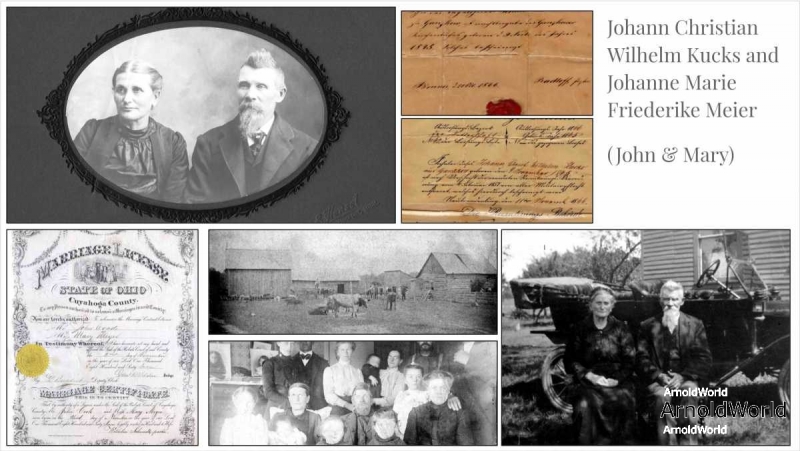 My Great Great grandparents were born in Germany in the 1840’s. Their names were John Kucks and Mary Meier.

I have both their birth certificates. I know their country had just ended a war. I have a paper showing John quit the army in 1866 when he was 21 years old.

I have some guesses, but I really don’t know much about them! I don’t even know if they knew each other in Germany, or if they traveled to America together.

The only thing I do know is they got married in Ohio, and then moved to a farm up in Michigan, raised a big family and had a cool car.

Just over 150 years ago, my other Great Great grandparents, Carl and Henrietta Balitz and their two young daughters (age 4 & 10) left their home, got on a boat called the Shakespeare and went from Germany to America, arriving in New York 48 days later. 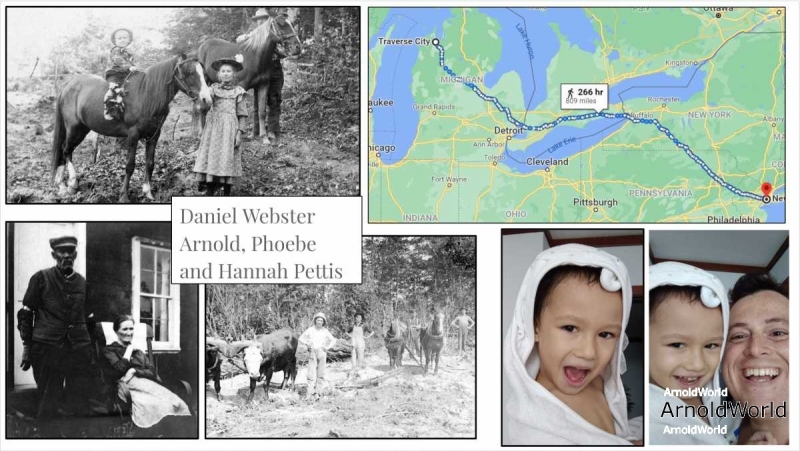 One of the heroes in my family’s story is a brave woman named Phoebe Pettis. In the early 1860’s, her husband died, and so she decided to move her six young children from New York to Michigan to start a new life!

One of Phoebe’s daughters (Hannah) married Daniel Webster Arnold and raised a family. Now, many years later there is a new Daniel Arnold that has migrated some too, living in Oman, Nepal, and now Vietnam. Do you recognize this boy . . . and his Father?

This is my Uncle Alvin 100 years ago with two of his younger brothers when he was about your age, and later when he was in World War II.

I’m telling you about him because he also has a story about coming to America by boat. It is not an immigration story but a war story. My Uncle Alvin was in India during WWII. When the war was over he had to wait nearly six months for his turn to catch a boat home from India. He wrote about his trip home.

The trip home was almost as dangerous as the trip over. On the way over we had been watching out and trying to avoid the German submarines that were all over the Atlantic Ocean. Coming home we had to look out for mines that were floating around the ocean. There was a crew constantly watching for them. A lot of nights we anchored or set still until the morning.

Alvin’s story is no more or less important than John’s, or Carl’s, or Phoebe’s, but it is very important and special in one way. I bet you know what that is!

HE WROTE IT DOWN!

Every one of my ancestors had hundreds of stories: about their childhood, about their travel, about sports and hobbies, about children and parents and grandparents. But they have all been lost! What was special about Alvin was that he wrote down his story.

One hundred years from now, someone will want to remember your stories and tell them to their children. Do them a favor and write your stories down. Talk to your parents and grandparents and write down their stories. It is fun now, and it will be very cool for someone else to read later.

Your stories don’t have to be about big, special things. I’d love to know the story about Leo’s first haircut. Or Roxie the cow and grandpa’s different cars, or why I look so worried on my first tractor ride.

After the presentation there was a short period of questions including: Was my family’s immigration forced or voluntary? What was the reason and mode of transportation for Phoebe’s trip to Michigan? Did I have a pet when I was a child? Do I still have anything from when I was a child? What it is like having family so far away from you?

The host and moderator, Mr. Dave, was gracious and made the whole experience fun for me and the kids. Loved it.